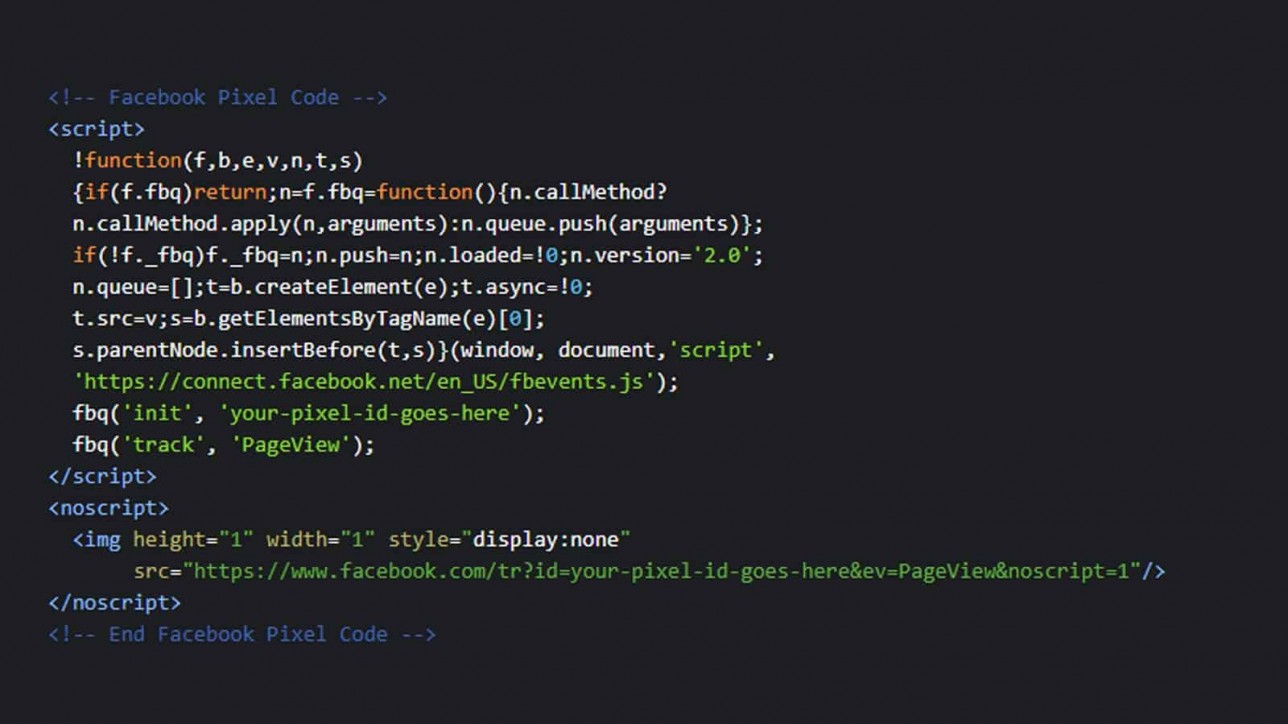 The Facebook Pixel, it’s a small bit of code that most internet users don’t even know exists. It sits on the vast majority of major websites across the internet, from the big retailers to the main media outlets, gathering user data and pumping it back to Facebook’s databases.

It tracks user behaviours and their interactions on 3rd party sites then links these back to user profiles on Facebook and its siblings (Instagram, Messenger, WhatsApp etc). This data is then used by Facebook to optimise algorithms, rate the user experience of landing pages, provide advertising attribution and a lot more.

It’s free, easy to install and depending which side of the fence you’re sitting on it’s some super scary big brother shit, or super valuable marketing intelligence.

If you’re on the marketing side of the argument, here are 5 things you can do with a properly configured Facebook Pixel.

Create specific audiences for your adverts

This is one of the key uses for the Facebook Pixel. Once you’ve got it set up across your digital properties and linked back to your Facebook Ad Manager you can start to create audience buckets to show adverts to. 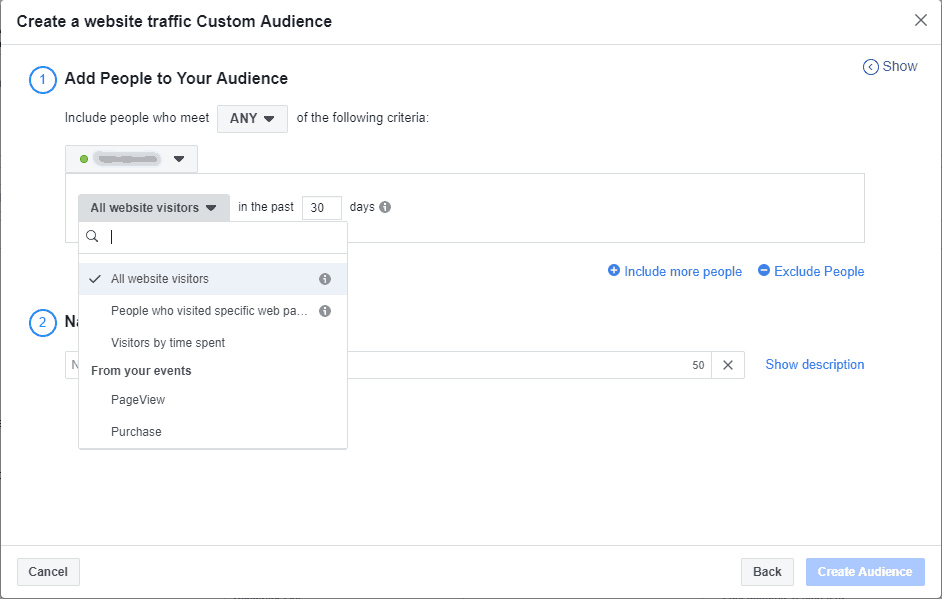 These buckets can be based around all kinds of different criteria including (but not limited to):

Which opens up all kinds of different campaign possibilities including re-marketing to push them down the funnel.

Monitoring and reporting on Return On Investment (ROI) is an important element of digital advertising. In the dark days of offline marketing, it was difficult to say “This advert brought in this much business”. But using the Facebook Pixel it’s almost automatic.

By setting up key events linked to the Facebook pixel you are able to monitor all kinds of things like:

If you’ve got your setup to report a value to each conversion, Facebook will automatically calculate your Return on Advertising Spend (ROAS) to show what ads are driving the most revenue for you.

And what’s more, because Facebook’s Pixel works across devices and tracks actions back to a unique user you can get up to 28 day view/click attribution rather than single session like some other digital channels.

Facebook Pixel doesn’t just have uses for tracking ROI and ROAS. It also feeds Facebook’s own analytics tool. It’s like Google Analytics, but linked back to Facebook’s data and multi-device, so it also provides info on the 13-18 year olds that Google doesn’t track and isn’t based on just single session data. 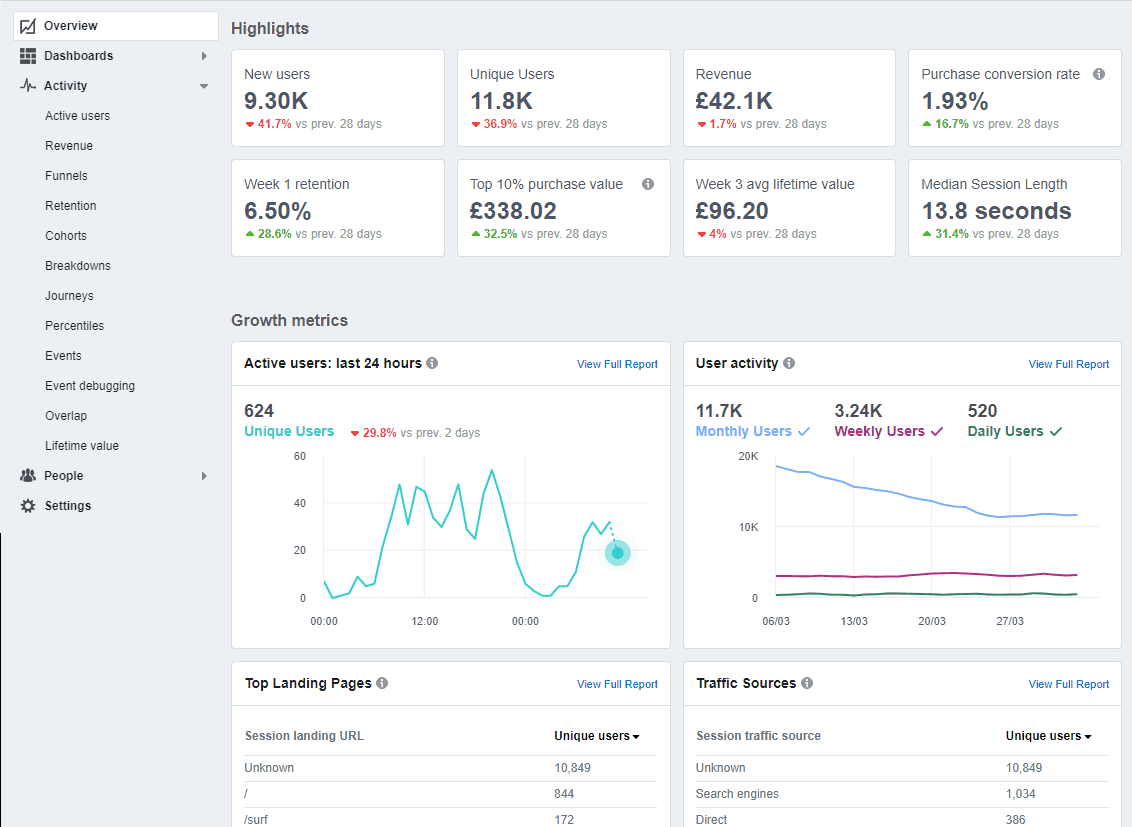 By doing this you can then track user actions and create associated audiences for adverts. Which means you can:

Show adverts to people similar to your high value customers

When you’ve got your Facebook Pixel set up properly tracking key user actions and their associated monetary value, you can start using this data to get new high-value customers.

Using your Facebook Pixel data you can create look-a-like audiences of your existing customers based on Life-Time Value. You can then target brand awareness or lead generation campaigns at potential new customers that are likely to spend similar sums of money with you.

As you can see from the above, having the Facebook pixel implemented properly on your website or in your mobile app can help ensure you’re:

Other social networks have similar code you can use, including Twitter, Snapchat and LinkedIn – but they’re no where near as advanced as Facebook’s offering. They’re worth installing if you plan to advertise through those channels, but don’t expect to get granular ROI like you do through Facebook.

That will no doubt change over the next year as the pixel arms race heats up. But for now, if you’re going to put one pixel on your website, make sure it’s the Facebook one.