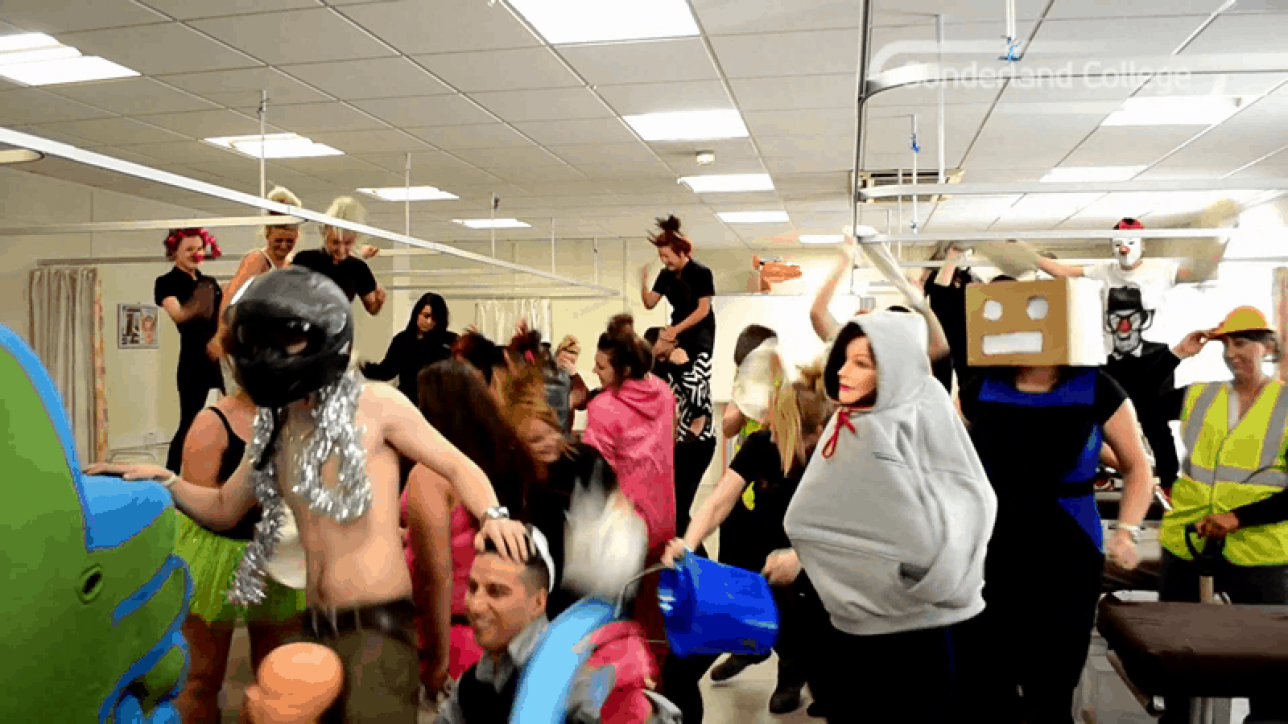 Of all the internet memes out there, The Harlem Shake has to be one of the fastest growing and most annoying in a long time.

It has became so ubiquitous in its short life that the only thing on the planet not to have heard of it is that tiny bit of bacteria Russian scientists have discovered under Antarctica.

The premise is simple:

I had a meeting two weeks ago where somebody said “Why don’t we make a Harlem Shake video? That would be cool!” My heart sank. Not only had they used the word cool in a meeting but by this time the meme had been around for about three weeks. It had featured on breakfast television, local newspaper websites had written stories about care homes getting involved and on the internet time line was basically pre-historic. It was in my eyes, no longer relevant.

Now I didn’t want to crush the person’s enthusiasm for having fun, I just didn’t want to ruin my own self defined sense of internet cool. I also did not want to have to make four videos, one for each campus. But it ended up being one of the best things I did all week.

You see, although I and most of the other internet nerds had long got bored of Harlem Shake videos, the vast majority of the public had yet to reach that enui. I was even more astounded to find out that four weeks in to the meme, friends and family had yet to watch a single video of the “dance”!

When you combine these points with the fact college kids love to show off to their mates, the videos I filmed, edited and uploaded ended up breaking all records for the college’s online video content.

Which all goes to show – never under estimate the power of jumping on a month old meme to help increase your social profile.