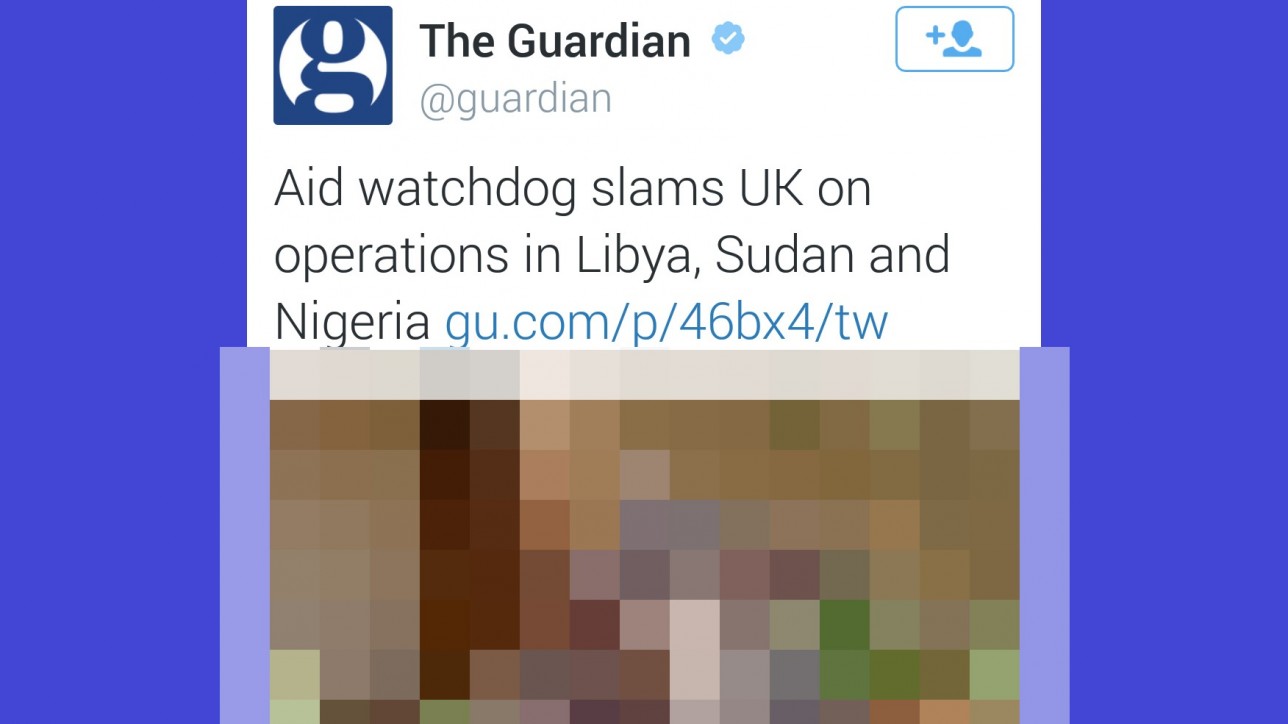 Newspapers have been known to struggle with the new media world. What with declining readership, failed pay walls and people just not giving a shit about articles unless they’re written as a numbered list. But there are a few places that manage to stay relevant in this new world, one of which is The Guardian.

They’ve had some huge scoops in the past few years including all the Edward Snowdon fun and last month’s HSBC scandal. But nothing compares to the huge story they dropped today on Twitter

Well, that depends how you look at it. At the time of writing, the tweet had been retweeted 30 times with hundreds of favourites and who knows how many clicks it got to their website. So in terms of reach, it was a successful social media post.

However, in terms of cementing The Guardian’s reputation as a leading digital news source, I’m not sure it can be classed as a win.

I have to be honest. I didn’t click through to read the story, but I’ve got a funny feeling this is a case of “picture unrelated”. Unless of course, there are watchdogs out there staffed by talking mice.

As I’ve said time and time again, nothing stops fails like this happening more than checking things before you post. The world of social media maybe quick, but slow and steady can sometimes definitely win the race.

If you’d like help making the most of your social media without relying on cute mice pictures to spread your word, get in touch.